I’m already declaring September as my month of regeneration. It’s my time to count my blessings and start enjoying the things life (and most importantly, my city) has to offer. Nine days into the month, and I have already had some really cool experiences around Cleveland.

I am a little bummed that I just discovered this gem of a beach only this summer. Growing up on the east side, though, when we wanted to go to the lake we always just drove the 45 minutes to Mentor Headlands. What a terrible beach. Not only is it littered with people, but instead of sand, my poor feet get torn apart by tiny shards of glass and rock wherever I walk. Edgewater is such a refreshing change from that– with actual sand and some form of privacy (no one ever walks the 500 feet to the other end of the beach so it’s always less crowded there). Plus, having Whiskey Island right down the road is always clutch for those long summer days. There was no better way to spend what felt like the last day of summer.

I used to go to a lot of concerts as a teenager. Like, a lot. School nights, weekends… I remember going to work at the bagel shop on Sunday mornings after seeing our favorite band play at the Agora or the Grog Shop and not being able to take food orders because my ears were still ringing. We stampeded our way to the front row every time without fail, and we always had the time of our lives. Fast forward 8 years, and sadly I’m not as resilient as I once was. So when someone offers up tickets to a Cavs suite for a concert at the Q, I’m all about it. You mean I have a comfy seat, our own private bathroom, and beer stocked in the mini fridge? You can’t beat it. Especially when it’s to see a band as good as The Black Keys. Man, they put on a great live show. Cleveland.com posted a great review for the nearly sold-out show here.

Ever since graduating college, I strive to keep my brain active by learning new things… Baccarat turned out to be one of them this past weekend. Trying to learn a new card game when you’re at the casino is always difficult, and being 6 or 7 drinks deep didn’t help, but I guess you didn’t really need to understand much to put some chips down on ‘Player’ or ‘Banker’. That is, until you bet on the Banker and won, and realized you didn’t get all the money you bet back, and then these weirdos hand you some actual quarters because they take a commission from your winnings. It sparked my interest, so I began paying more attention and asking some questions as I watched two of the people we were with play.

In the most simple way I can try to explain it, you bet on either the Player or the Banker. The Player goes against the Banker, and the side that gets the closest to 9 (cards 2-9 are added at face value, 10s, Jacks, Queens and Kings are zero and aces are 1) wins the hand. If the total of the cards is a two-digit number, you use the rightmost digit (ie, a two and a nine, would be 1 because 1 is the rightmost digit after you add the numbers, 11). Two cards were drawn on each side, but in some instances a third card was drawn (when the Player has a total of 0-5… then it’s a little more complex with the banker and I don’t fully even understand it). There were other nuances to the game and ways to bet but just knowing how to add up the points and if I won the hand before the dealer announced it was good enough for me. The best part? When I started to understand, one of the guys we were with started winning big. He put some chips in front of me to bet for him, and I was pretty hasty with the betting since it wasn’t actually my money. I ended up winning him a few hundred dollars (!!) and walked out of there with a nice tip from him. A big win in my book, for having to take no risks whatsoever and get a reward.

I’m not a foodie by any means… I just love to eat (always) and I know what tastes good to me. Brunch is arguably the best meal of the day, because not only is breakfast food bomb, but it’s also socially acceptable to have a cocktail before noon if only to mitigate the hangover caused by the prior night. I was excited when my friend suggested brunch on West 25th, since I had been meaning to make my way out there all summer for that very reason. He had gotten a solid recommendation from one of his co-workers (my friend is a sous-chef just to put it in perspective) about Soho Kitchen & Bar. I’m happy to report that it did not disappoint.

Eggs Benedict is always my go-to if it’s offered. Soho has a Southern Benedict on the menu– “Poached eggs, fried green tomatoes, country ham, home fries, Tabasco Hollandaise” aka, heaven on a plate. My friend and I each got that and we ordered the Crispy Beignets (which I learned is just a fancy word for ‘donuts’). Everything tasted outstanding. That damn Tabasco hollandaise UGH. My mimosa was delicious. No filter even needed for this pic. Oh yeah.

And on deck for the next week…

Let’s talk about how I never win any contests, ever. I could call into a radio show a million times and not get through once (trust me, I have). I could sit next to my radio and text the keyword to try and win tickets to the iHeartRadio Music Festival every hour and still not win (trust me, I have. Is that thing even legit?) Alas, one contest presented itself that I knew I had a pretty good chance with winning. Submitting a question to Twenty One Pilots. So cool that my question got chosen by the band to answer, and I got two tickets to their show Thursday out of it! 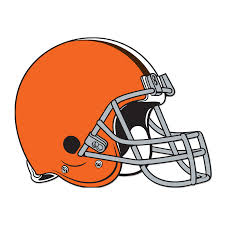