I think it’s finally time for me to weigh in on the controversy surrounding Chief Wahoo and the Indians.

Chief Wahoo made his first appearance in the front page of the Plain Dealer in 1932, after the Indians won a big victory. Mind you, Cleveland took on the name “Indians” in 1915, reviving a nickname of its old NL club upon the arrival of this Native American in 1897, so the name has been around longer than this logo. The Chief came to be the red-faced caricature we all know and (maybe) love after a redesign in 1951. Since its creation, hundreds of civil rights groups and similar organizations have fought for the removal of the Indians as a name and Chief Wahoo as a mascot because of the ethnic stereotyping it manifests. And while the team continues to make a conscious effort (at least in recent years) to minimize the use of this logo in favor of other non-discriminatory ones, it still remains the identity of the team. 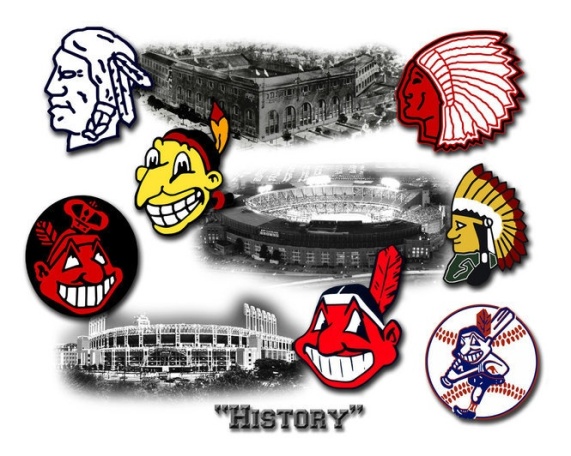 So now what? It’s no secret that we live in an overly sensitive age. People get offended over the stupidest shit–and with technology and the media, these people can make their opinion known across oceans. I think it’s ridiculous. When did we become so involved in what other people are doing and thinking, and furthermore–when did we all decide that it was appropriate to use Facebook as a platform to share our radical views?

Those two questions were meant to be contradictory because we are fueling our own fire and we don’t even realize it. With the click of a ‘share’ button, we can make our personal racist, sexist, and other various unpopular views known to our thousands of friends and followers with ease. And while that seems great–I mean, that is what America was founded on, right?–we tend to forget that people are out there who don’t want to hear or see those kinds of views. But, instead of unfriending or unfollowing the person in question, today’s finger-fast population can’t just butt out. After all, there’s a computer to hid behind, so why don’t we all just immerse ourselves in other peoples’ business? They really are asking for it, aren’t they?

So, while we have all these opinions and opposing opinions flying around, who’s to say which opinion is better? Who are we to say that a stupid, satirical caricature of an Indian actually marginalizes an entire group of people who probably don’t even watch baseball to begin with? Who the fuck even cares? Just let people live, and let this damn team play with the same damn name and logo they’ve had for, like, the last 80+ years, right?

That’s what I thought until someone sent a picture what they thought was a ‘humorous satire’ of me in a group message the other day. The photo depicted me as a large woman and referred to me as a ‘big bitch.’ It was all in good fun, honestly, and I know this person did not mean anything by it… but it kind of hit me in the gut. Like damn, that’s what you think of when you see me? Okay. If that really bothered me, am I able even to comprehend how a Native American might feel… every single time they look at our team and our logo?

I guess you just have to put it in perspective… and if you’ve never felt marginalized or discriminated against before, you won’t really know how it feels when you put yourself in someone else’s shoes. You may say these activist groups are being too sensitive… but I’m thinking we might be the real problem here.

If Bomani Jones' 'Caucasians' shirt offends you, you're missing the point https://t.co/J3BzpmnfKi pic.twitter.com/7oP6zCtPDu