If I’ve learned anything in my 26 short years on this planet, it’s that there is usually a logical reason behind every decision made. Even if you personally do not see it. Even when it comes to religion, which — growing up as a Catholic — did not always make much sense to me. And Catholics always have so many dang rules.

Lenten season is upon us. It is a time for us to reflect on the death and resurrection of Jesus, who fasted for the 40 days and 40 nights leading up to his death. As early as the first century, Catholics wrote of fasting to commemorate this great sacrifice.

Fasting started with bread, and then evolved to worshipers avoiding meat, eggs, and dairy. By the 13th century, it was widely understood that abstaining from meat only went as far as avoiding warm-blooded, land-locked animals. It did not include cold-blooded animals, such as fish (and would actually include snakes, alligators, and other reptiles, too). So now we have an answer to the popular question, “How is fish not considered meat?” when it’s allowed on Fridays during Lent. Warm-blooded animals were thought to be too delicious… they were believed to be an aphrodisiac, and largely considered a luxury in the 1200s. Catholics needed to remember the sacrifices Jesus made for us by eating food that didn’t taste good. It was said to be a lesson in modesty.

While many Catholics accept the origins of fasting for what it is — ingrained in their tradition; a sacrifice worshippers make, that started shortly after Jesus’ death — others believe history went a just little differently. The conspiracy theory goes as follows: a medieval pope made a secret pact with his fisherman crew to boost the sales in the fishing industry. Though widely popular, this story has never actually been verified.

Regardless of any secret pact that may or may not have been made, for centuries now, many associate holy holidays with fish. The amount of meatless days surpassed just Fridays and went on to include Wednesdays, Saturdays, Advent and Lent, and other sacred days (any Italians ever heard of the Feast of the Seven Fishes?). The fish industry was booming, and fasting days became “central to the growth of the global fishing industry.” 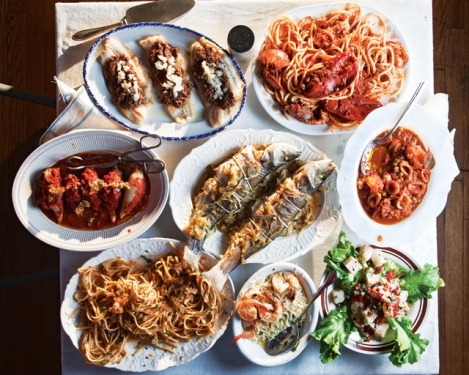 It was the 16th century in England when shit got political.

You all know the story of Henry VIII — he began his reign in 1509, and was married to Catherine of Aragon. He was madly in love with Anne Boleyn and wished to be with her instead. Much to Henry’s dismay, the Pope refused to annul his marriage to Catherine because Catholics didn’t divorce. This prompted Henry to break off from the Roman Catholic Church and start the Church of England, where he could divorce ol’ Catherine and marry his beloved Anne. 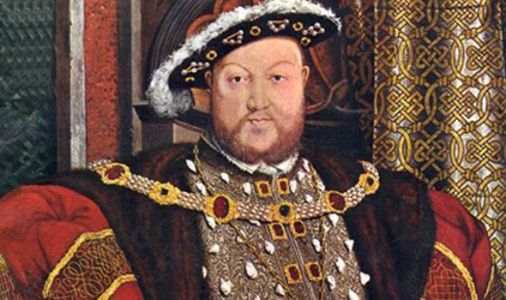 At this time, fish dominated the menu for a good part of the year. But when Henry left to start his own thing, eating fish became political — and thus, abstaining from it was an act of defiance, demonstrating solidarity with the Church of England. When you have an economy that has been so dependent on fishing for such a long time, and all of a sudden people refuse to eat fish… well, it becomes a problem. As a result, Henry’s son, Edward, VI, succeeded his father in 1547 and reinstated days of fasting to boost local fishing businesses.

As recent as the 1960s, fish prices were largely tied to the Catholic church’s stance on how strict they wanted to enforce fasting rules. Whether or not eating meat on Fridays will get you a first row ticket to Hell… well… that remains a mystery.

In other news, this Lenten season I decided to give up the same thing I do every year: absolutely nothing. Because honestly, what even is the point anymore?

Then, yesterday — the day after Ash Wednesday — I treated someone whom I deal with on a daily basis very poorly. Partly because they said something rude to me at the beginning of my day, and partly because I’d been fed up with some of their actions for a while now. Later that night, I realized that yesterday was the anniversary of this same person losing a close family member.

And that’s when I decided this year I am going to do better. This year, I will treat every person who is mean or rude to me like they are going through something I don’t know about or wouldn’t understand. I will combat their meanness with kindness, every chance I get.

This year I will be a better me.