I can remember having the best birthday week ever, as all last week the Cleveland Browns sat pretty in first place. The lone AFC North team up there with a record of 6-3 through Week 10. It’s a feeling I’ve never experienced before… Not only does our division have an outstanding overall record (all teams are over .500 at this point), but the Browns… the Cleveland Browns were in first thanks to the Steelers losing miserably to the 1-8 Jets last Sunday. And this is after we had one of the best Thursday Night Football performances in NFL history, crushing the Bengals 24-3 on their home turf.

I can remember thinking this is our year; Hoyer is the man, our coaching staff is looking great, and the icing on the cake is that our secret weapon–a person that even made Brandon Weeden look good–Josh Gordon will be back in just over a week.

And then Sunday happened. From on top of the world, to tied for 3rd place, the Browns fell to the Houston Texans, or more specifically, JJ Twatt (aka Lurch–see below), and a QB who had his first career NFL start, that our defense made look like some kind of a god. Hoyer couldn’t complete a good pass to save his life, we couldn’t convert on 3rd downs, hell, we couldn’t even make a 38-yard field goal. Not like it would have mattered anyway.

And we’re back to reality… not winning in our division, doubts filling the fans heads regarding our team, our QB, our coaching staff, and to add fuel to the fire, outlandish comments claiming if Johnny Manziel were our starting QB, that the Browns would still be in first place… On the bright side, an uplifting quote from Browns reporter Kevin Jones: “There are 20 other teams around the league that would kill to be 6-4. The Browns still control their own destiny. They are still getting back Josh Gordon bright and early Monday morning. They are still a football team nobody wants to play.” Still: not enough to soften this blow. The only thing getting me through this crushing defeat was knowing my girlfriends and I were going to the Cavaliers game the next day.

I can remember exactly where I was when I heard LeBron was returning to Cleveland. Sitting on my (roommate’s) sectional on my lunch break, watching LeBron Watch: 2014, as ESPN devoted their entire daily programming to him in the days leading up to his announcement. Constantly refreshing Twitter to see if the news broke. And when it did… I was so pumped for Cleveland… for the Cavs, and for the teams I have never wavered in rooting for, no matter how poorly we’ve performed over the years.

I can remember thinking that it all seemed like it was happening; LeBron is back, Kyrie is staying, we were even able to clinch the adorable Kevin Love… we have our Big 3! It’s really happening for Cleveland. And I was going to get to see it in person!

And then Monday happened. Coming off a 4-game winning streak and facing the 2-7 Denver Nuggets, I was beyond excited to finally get the chance to witness LeBron, Kyrie and K-Love in action. I wanted to see magic, and all I got was cheap beer (which was actually very expensive) to drown my sorrows. A post-game quote from LeBron went something like, “You have a team that hasn’t been playing well this year come into your building and think it’s going to be a cakewalk, and that’s what happens.” Typical.

And we’re back to reality… Cleveland received the gift that is LeBron James, and just because he’s the best player in the league, doesn’t mean we aren’t going to lose a game. It’s still so early in the season and the team is so new together that it would be illogical to think that they’d come out with guns blazing. But it would be nice. And as a Cleveland fan, you’d think we deserve it. However, the harsh reality is that we’re always going to be brought back down to Earth when it comes to our sports teams.

It’s all just a day in the life of a Cleveland sports fan. But, we’re resilient. We’ll all be just fine. 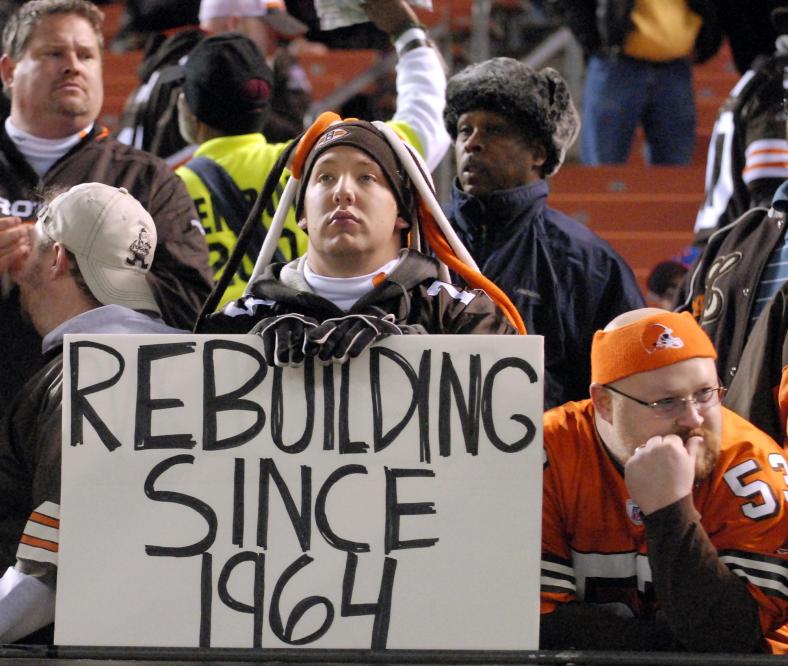